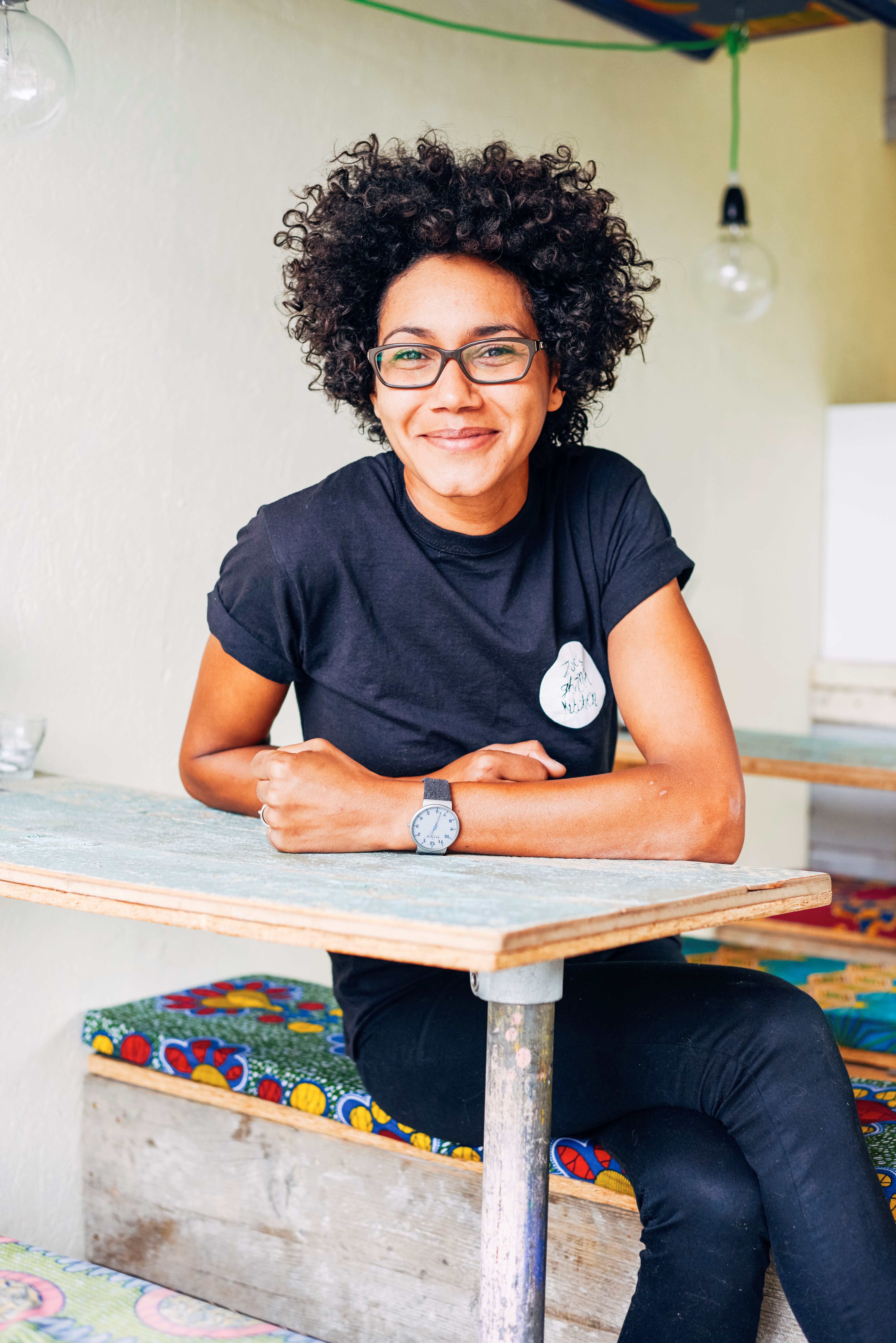 This is a first for us! A resident food pop up with their own cook book already in print!!

One of The Observer’s ‘RisingStars’, Time Out’s ‘Top 10 Chefs’ and a London Evening Standard ’Tastemaker’, Zoe Adjonoh and her Ghanaian Kitchen aim to take over the world one pub at a time!

This is entirely appropriate for the daughter of a Ghanaian father, and an Irish mother who met in a pub in Kilburn, then a London enclave for both nationalities, when they were being persecuted elsewhere. Zoe’s interest in cooking was always peaked by the fascinating ingredients her father would bring home - Kenkey, Shito, Tilapia. It became a link to her Ghanaian heritage.

“I used to hang around him in the kitchen, quizzing him on the names of the ingredients and where they were from, picking from his plate. Food was my entry point to exploring this side of my identity and I fell in love with Dad's version of Groundnut Soup - which later became my Peanut Butter Stew, now a signature dish on my menu.”

Her food journey started from creating a ‘pop-up’ Ghanaian restaurant in her live/workspace in Hackney Wick in the summer of 2011 as part of Hackney Wicked Arts Festival and she started running supper clubs in her home.

All their ingredients are sustainably sourced, free range and organic.

“Africans have kept this incredible food a greedy secret." Zoe says “It’s the last continent of relatively unexplored food in the mainstream domain.”