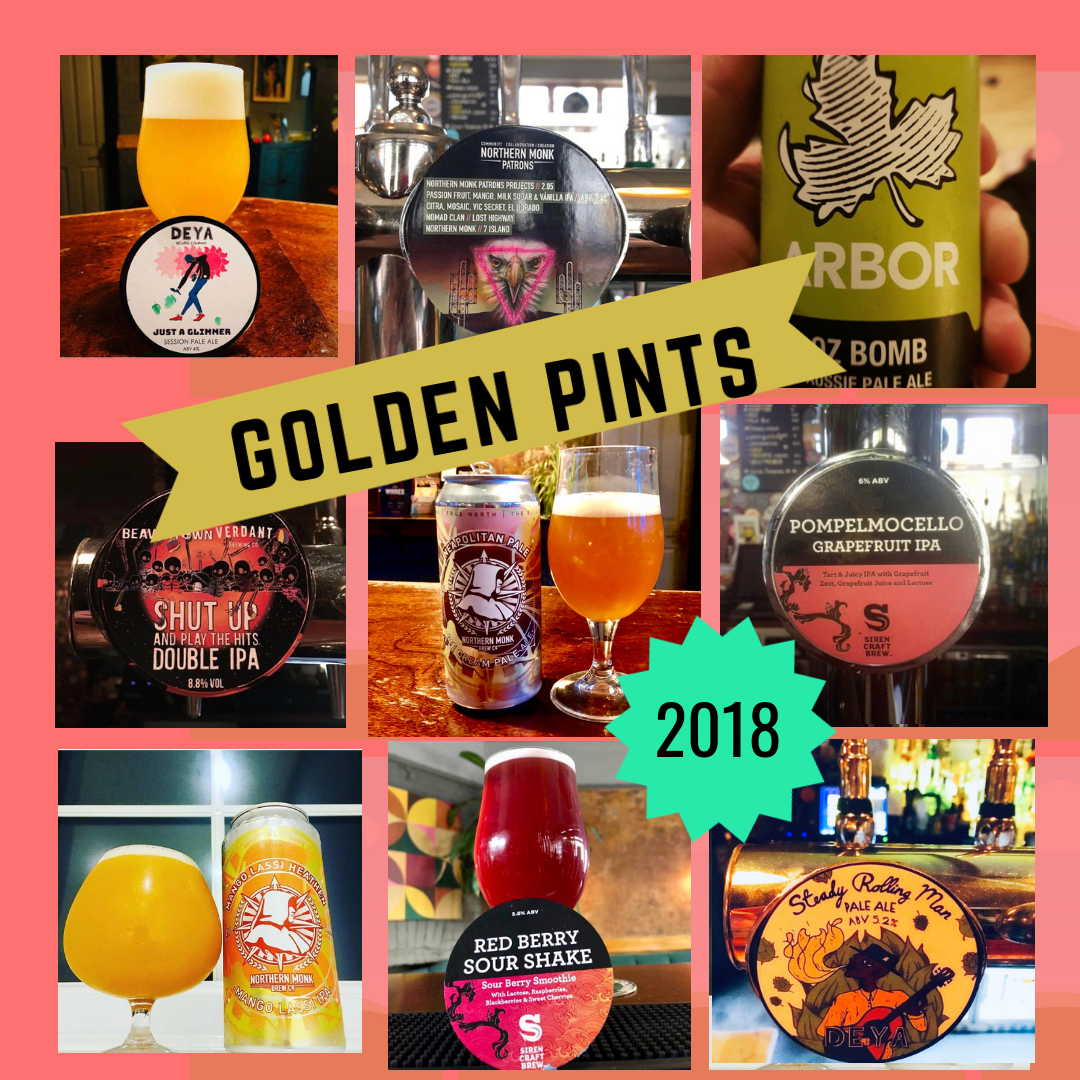 Well that year went fast, helped along by a banging summer no doubt, but this is the time that we have a bit of a think about the 600 or so kegs that have passed thorugh these taps in 2018,
as well as those cans in the fridge, so Theo, Ben and Rob think back to their stand-out brews of the year.

Ben took a can of Northern Monk's Mango Lassi Heathen home with him one night and had a mango and lactose beerpiphany. A mellow fruit IPA as luscious a creamy smoothie.
Deya's Just a Glimmer was his best session.  Very Citra heady, very drinkable! The Verdant-Beavertown collab Shut Up & Play the Hits, was his fave DIPA -there was always gonna be a Verdant on the list, and this hearkens back to simpler times, when we were able to stock Beavertown.

Rob decided that "Pompelmocello from Siren is up there for me" He likes it tart and juicy. Arbour's  Ozbomb is another of his personal faves. as well as another Northern Monk -their Neapolitan Ice Cream pale -"that was a banger".

Now Theo went for another Siren Brew. "The Red Berry Sour Shake is the beer of the year for me". This brewery are always creative with fruit, tangy berries and a creamy mouthfeel made this sour unforgettable. Steady Rolling Man from Deya has to be in Theo's list!  As well as ANOTHER Northern Monk; Patrons Project 2.05 collab with Seven Island Brewery in Corfu - Lost Highway Mango Passionfruit Vanilla Milk Sugar IPA. A 'fruited milkshake,' this collab came into being to get round the Greek laws that make it impossible for Island to brew this in Corfu. Lovely pull out art by The Nomad Clan collective. Vanilla, tropical fruit and lactose and at 7.4% has made one super well balanced creamy hazy brew.

So with Northern Monk featuring pretty highly in our 2018 Golden Pints  -roll on the opening of their London tap room. We cant wait to see what all these breweries come up with in 2019!

You can find Northern Monk's Mango Lassi in our fridge now.